SQUARE / KVADRAT (2012-) consists of a 30 x 30 meters landmark and a documentary video following its construction. The project is located on the hill in the northwest Bosnia and Herzegovina where once upon a time were standing large white letters ‘Tito’, spelling the name of the president of socialist Yugoslavia. This landmark was constructed in 1981 by a group of socialist youth and was maintained until the end of 1980’s, when it lost its social and political function and slowly got overgrown with bushes and trees. 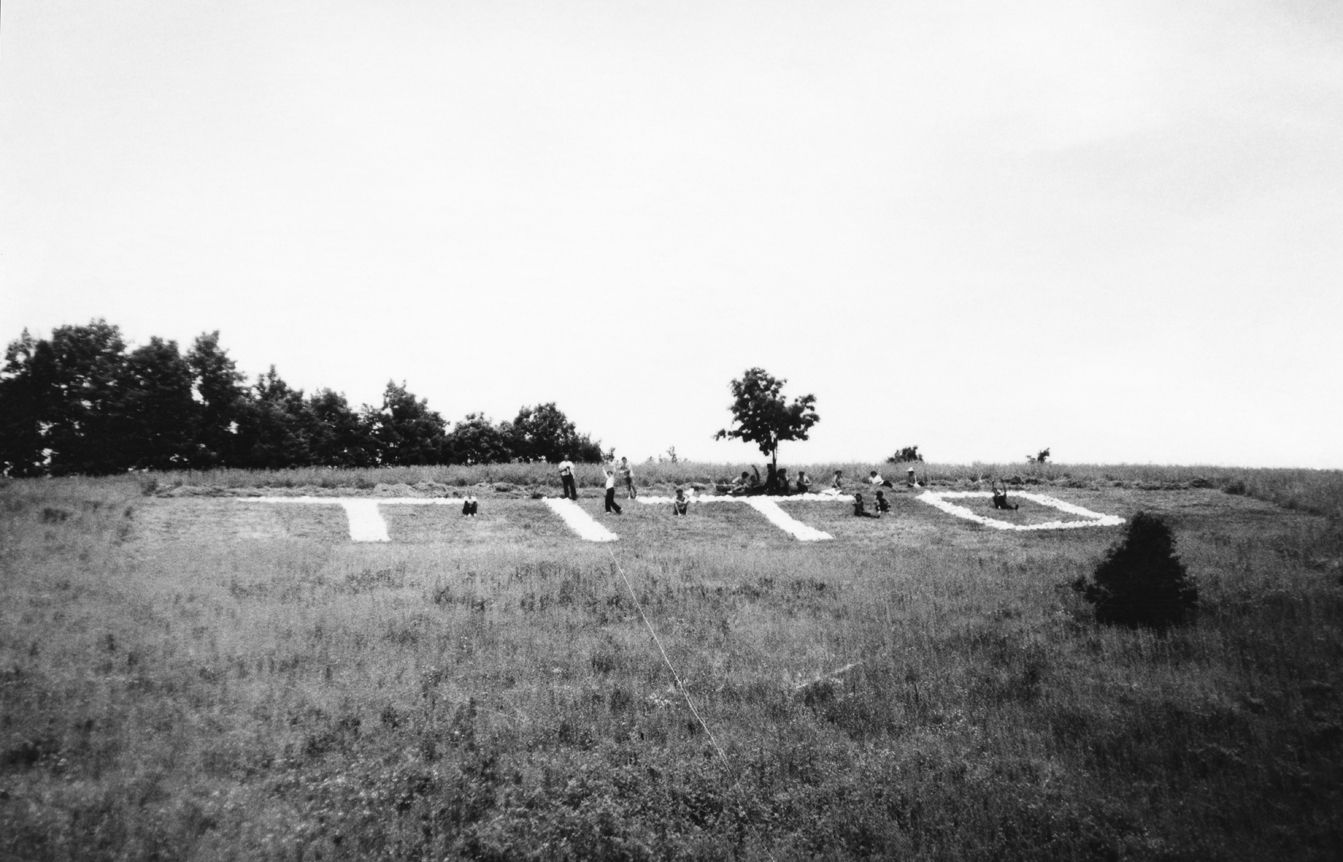 Archive photograph of the landmark 'Tito' bulit in 1981

In summer 2012, I proposed construction of another landmark on the same location – a simple form of a square that should serve as a political site / a site for politics without a pre-defined political agenda. The hill was cleared and stones of the old landmark were found, dug out and used for the construction. Around 30 volunteers joined the making of the landmark that was inaugurated in June 2012. The year after, in summer 2013, the video ‘Square’ was shown in a makeshift cinema to the participants of the project and other locals, who attended the event in large numbers. 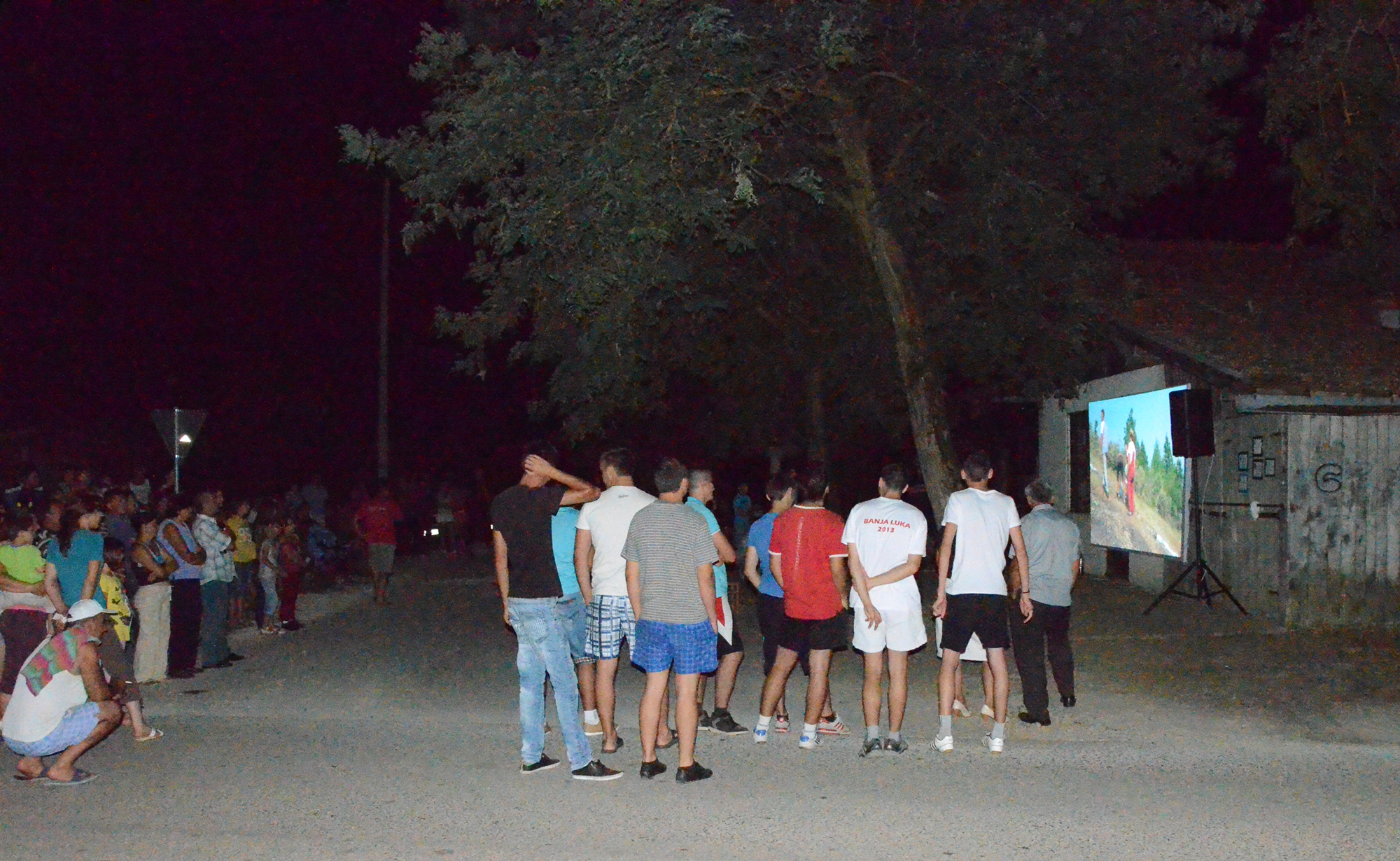 By reconfiguring symbols and reaffirming collective work, the project ‘Square’ touched upon the question of political self-organization. The memory of collectiveness as it once was – clearly defined by socialist ideological framework – served as a base for the project but not as its aim: the open form of the square was an invitation for new forms of political thinking and organization. The new symbol was not offered as a solution but as an outlined empty space in which everything is yet to happen – through its simplicity and fragility (the square can be quickly and easily taken apart), it invites future revisions and reconfigurations. 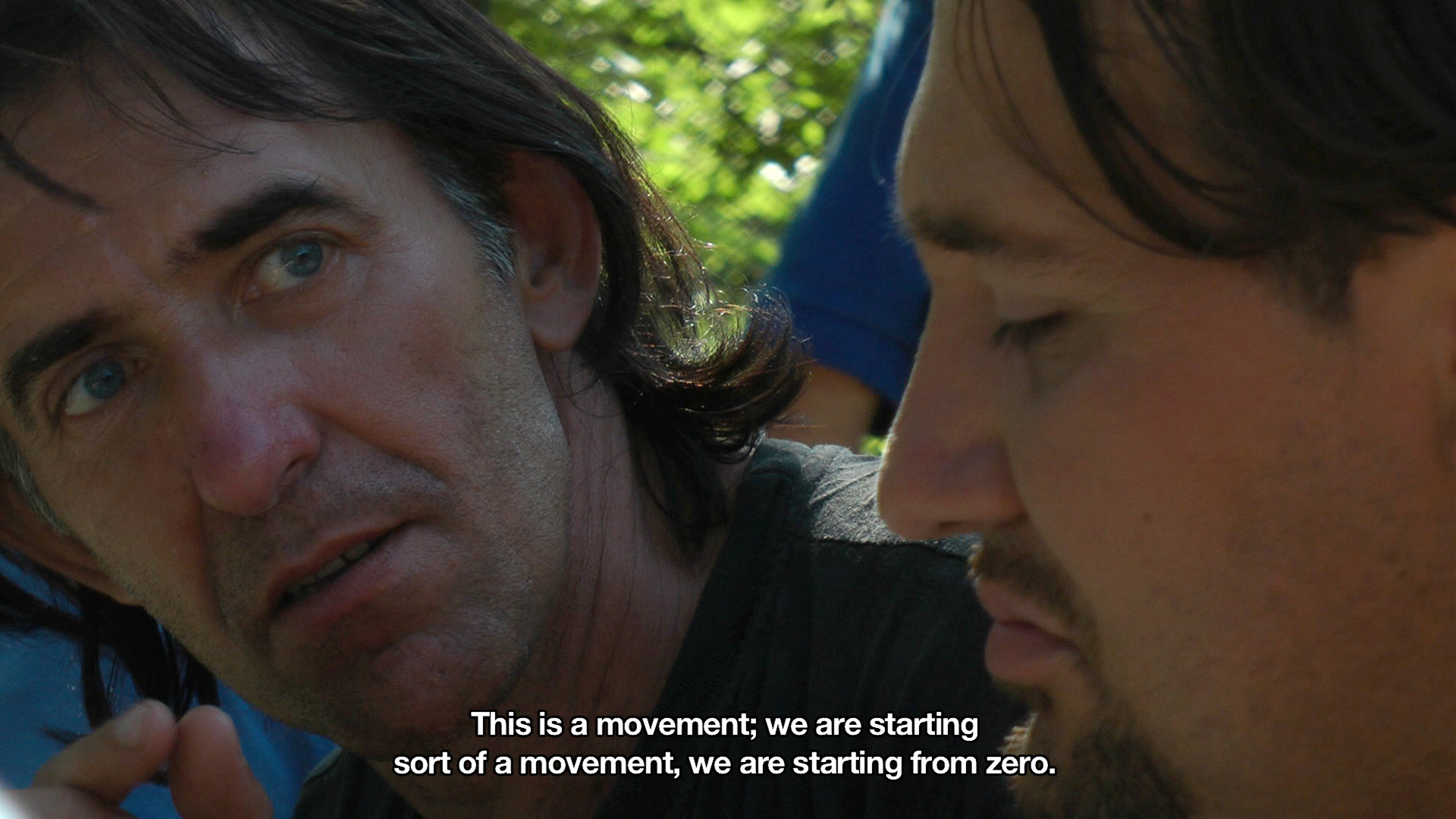 Stills from the video 'Square'