THE EXTRA LIGHT PROJECT (2009) addressed the discourse of art and religion, namely the similarities in their production of language and experience. The project was made in several stages during which language preceded and mediated the visual outcome – it started with a series of interviews and group discussions and it was concluded with a video work and smoke and light installation. 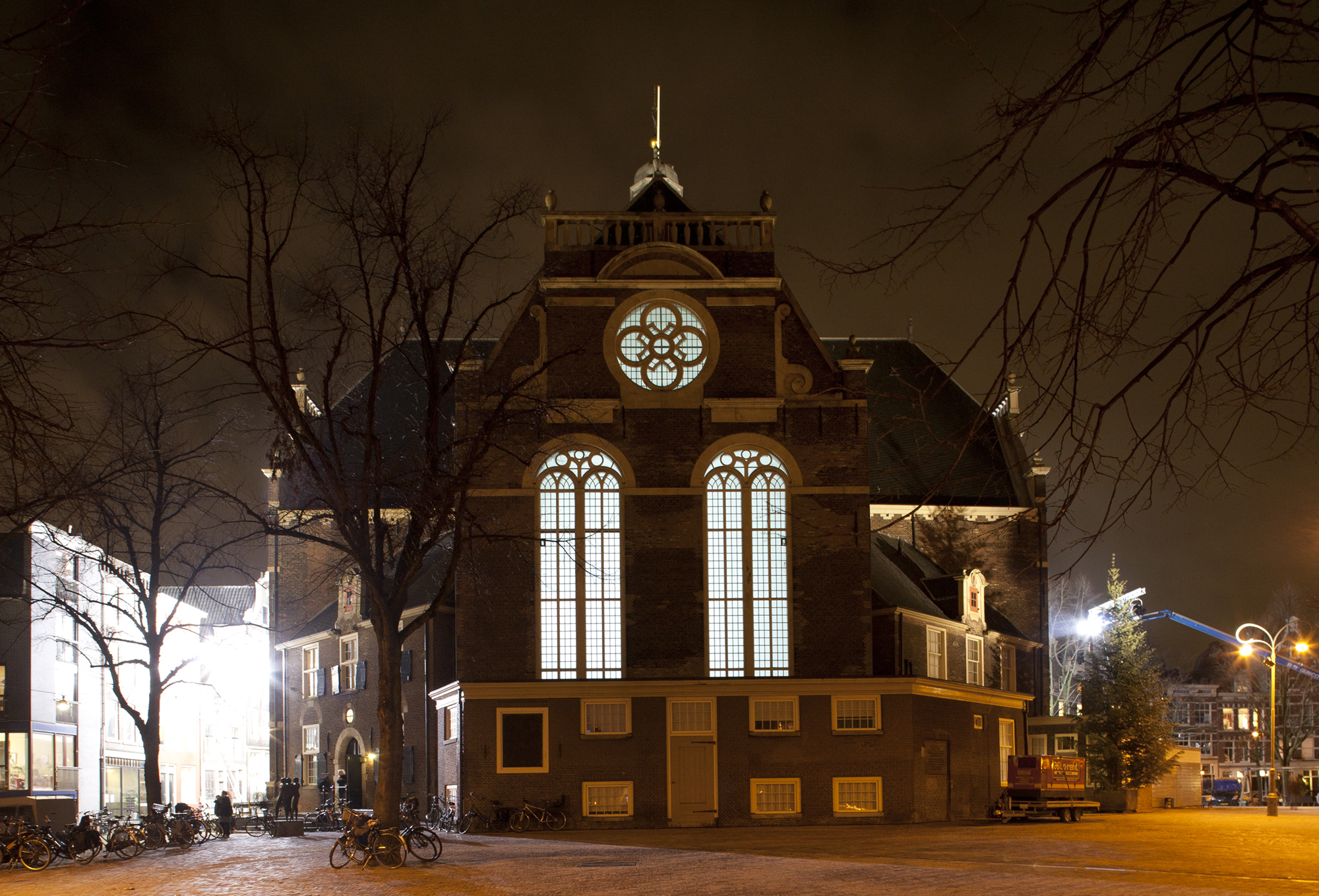 Installation view at the Noorderkerk in Amsterdam

The year before the installation, I made a series of discussions with the Protestant theologian and writer Jean-Jacques Suurmond during which we talked about connection between art and religion, their social and political function and technologies through which they both communicate. The discussions were recorded and turned into the book ‘Becoming Christian’, which was published on the occasion of the project. The group discussions happened two months before the installation. The idea was to let interpretations of the installation precede its physical experience, to let them ‘say the work’ before the work actually happens. For this purpose, two discussion groups were created: one consisting of artists, art theoreticians and writers (moderated by Steven ten Thije and Chris Keulemans) and second consisting of pastors, theologians and believers (moderated by Jean-Jacques Suurmond). Two groups first met separately and then were joined together to compare their findings and interpretations. The attempt to predict the social and aesthetic implications of the upcoming installation was a starting point for a wider discussion about position of art and religion in society, technologies used by art and religion, relation between language and experience and so on. These lengthy discussions were recorded and edited into three videos, which will form the installation ‘The Extra Light Project: Predictions’. 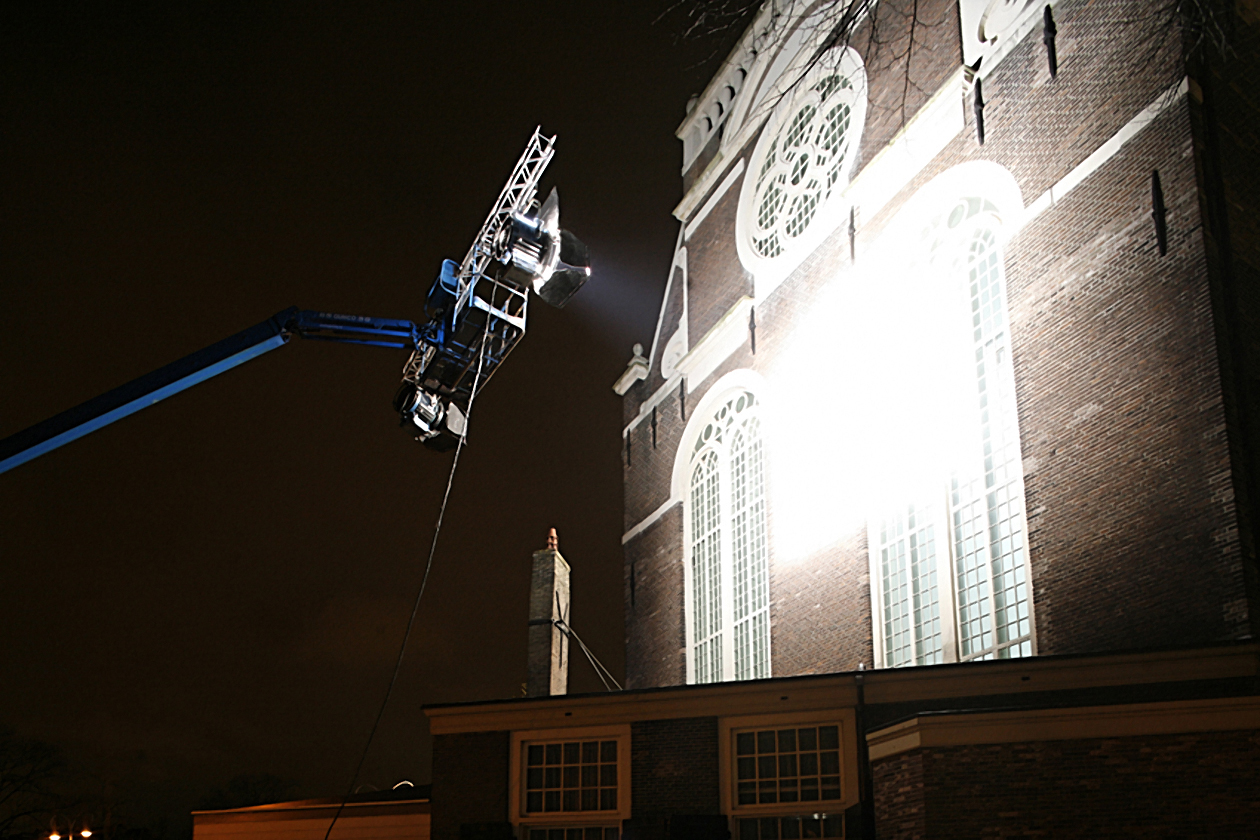 Installation view at the Noorderkerk

The smoke and light installation took place at the Noorderkerk in Amsterdam on the 10th of December 2009. Visual elements that appear both in art and religion as reoccurring symbols but also as visual effects were used in the installation: four strong lamps were placed outside of the church lighting the inside through the windows, while four smoke machines filled the church with a thick haze, a fog-like smoke. 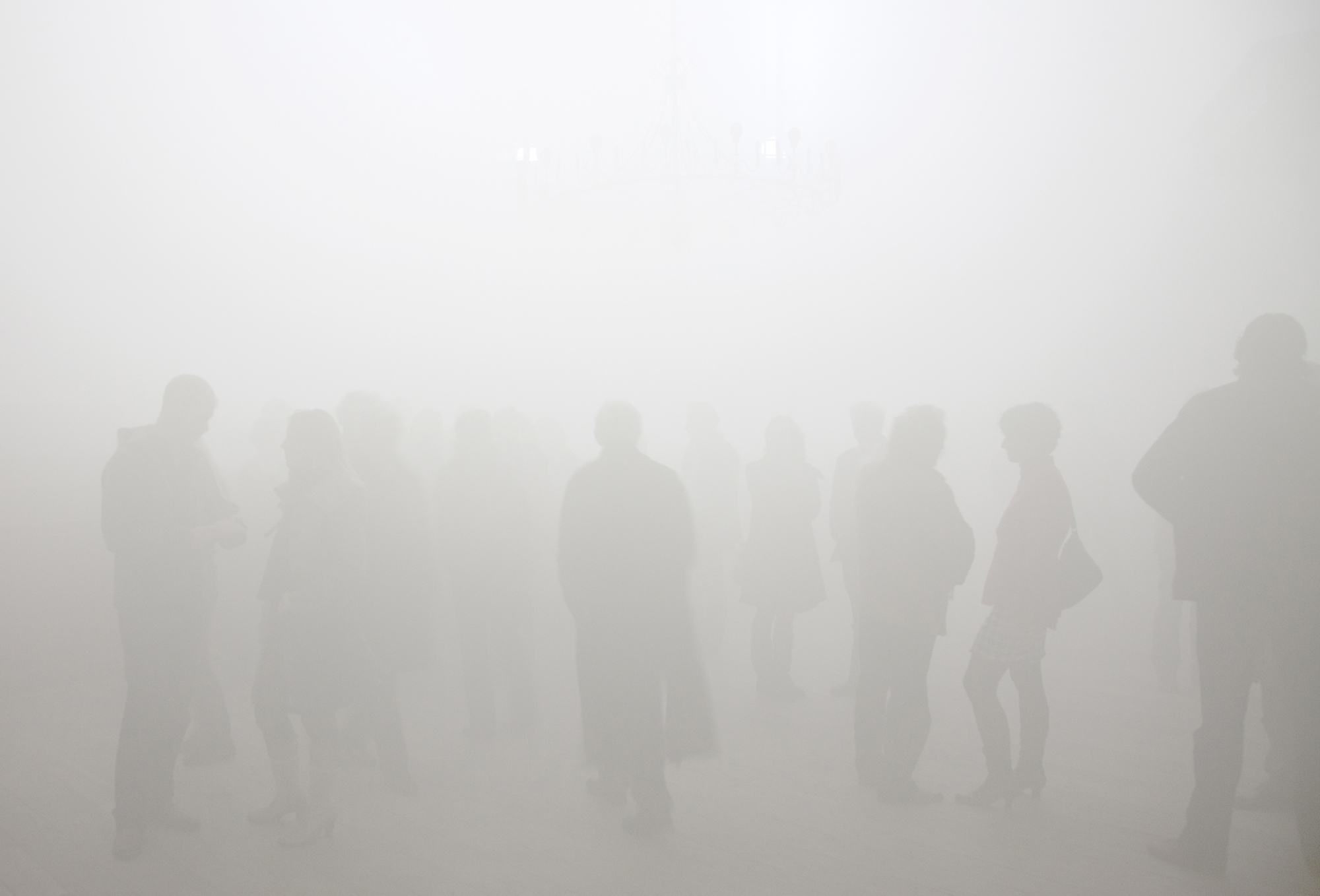 Installation view at the Noorderkerk

The participants of the discussion groups were present in the church, comparing their interpretations with their physical experience and discussing it further with the audience. The audience had a chance to further interpret the interpretations of the participants, especially those who also visited the video installation at the Lloyd Hotel, and infused the project with another round of language production. 'The Extra Light Project', as Steven ten Thije puts it in his text published on the occasion of the project, ‘referred as much to the ‘surplus’ of linguistic production within the project as to the amount of light produced on December 10th’. The language was constantly staged and produced not only as a vehicle for comprehension, but also as being a theatrical moment itself that manifests as a form. On the social level, the project united two different discourses and staged the encounter between art and religion as a constant movement from language to experience and back again.