IT’S SO NICE THAT WE DON’T HAVE TO TALK ABOUT POLITICS ANY MORE (2013-) is, so far, staged in three different versions and social contexts. It consists of a group of people performing a number of political slogans in public space. In each version of the work, slogans are conceived, after a research, within the social context in which they are performed and based on the ‘general politics of truth’ of that context. The ‘general politics of truth’ is the foundation on which a society builds its self-perception and showcases its self-worth by often bypassing difficult questions and concerns. The work brings out these ‘truths’ and repeatedly performs them in public space.

The Dutch version of the work, HET IS ZO FIJN DAT WIJ HIER NIET MEER OVER POLITIEK HOEVEN TE PRATEN (2013), was performed at the Amstelhoven in Amsterdam and the video registration of it was shown at the Stedelijk Museum Bureau Amstredam in 2015 as a part of the group exhibition ‘Resolution 827’. The slogans included in this version, amongst others, are: “We live in the human rights paradise”, “Finally, Indonesia is not a subject any more” and “We did what we could in Srebrenica”. 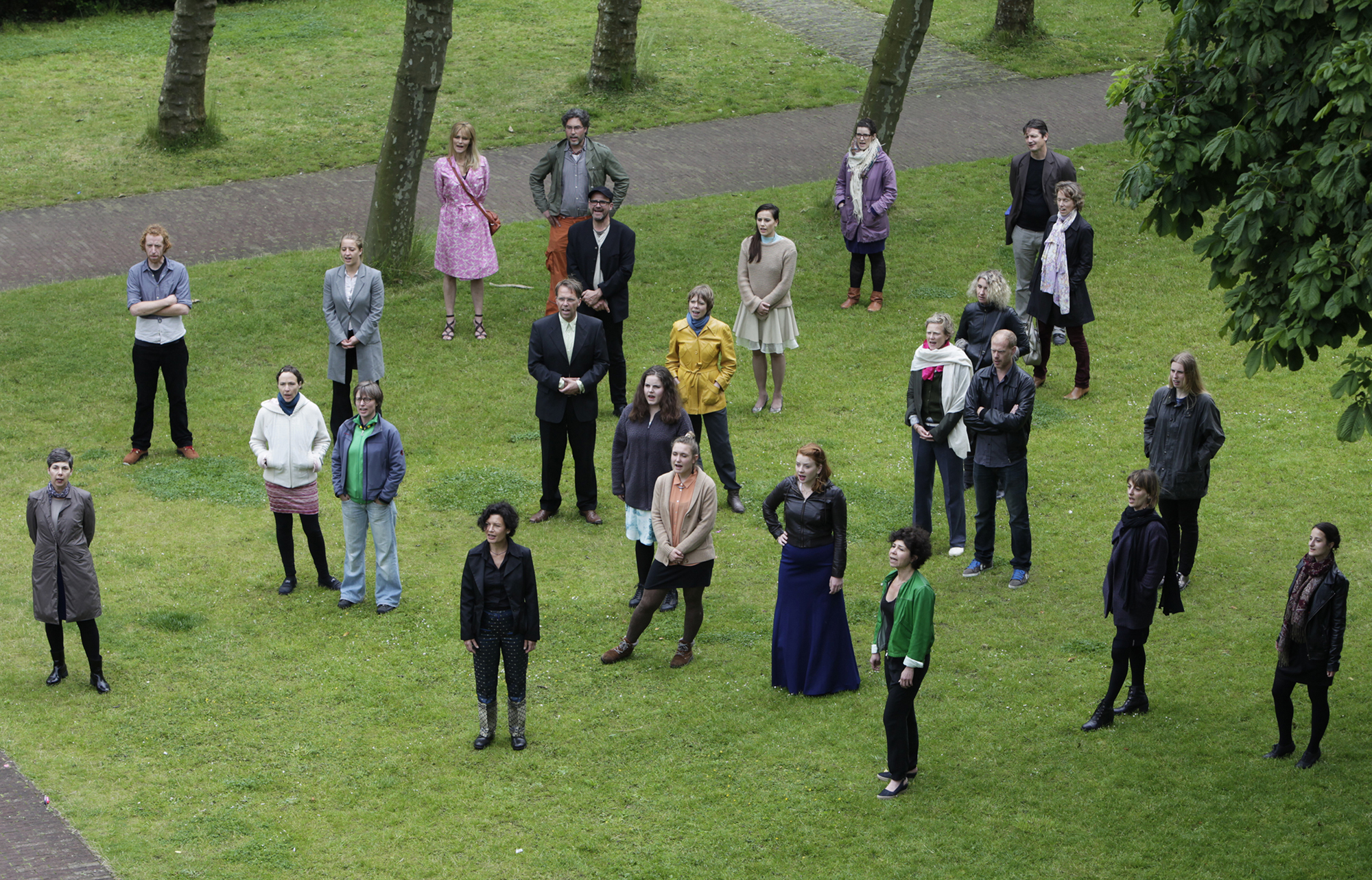 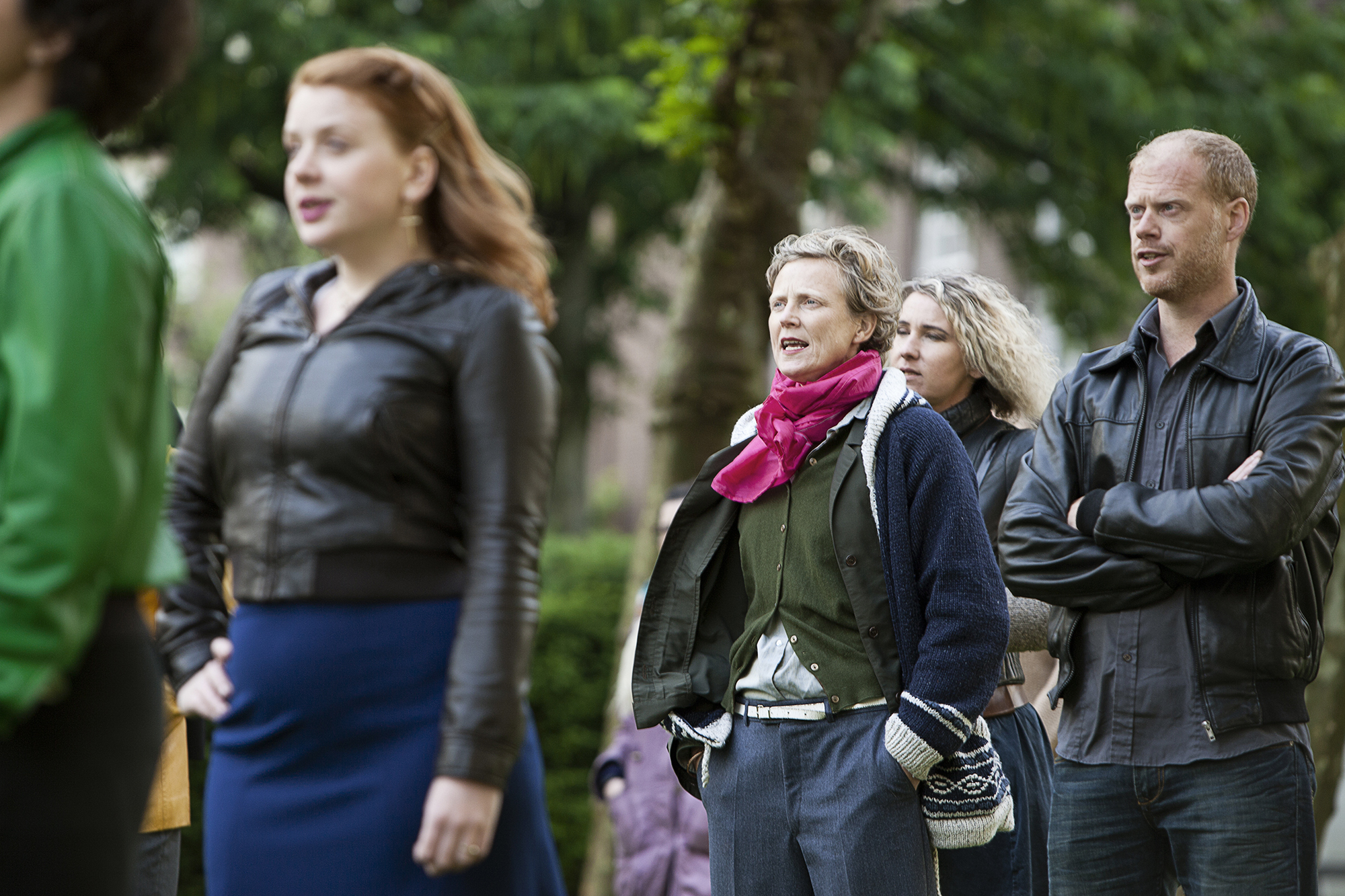 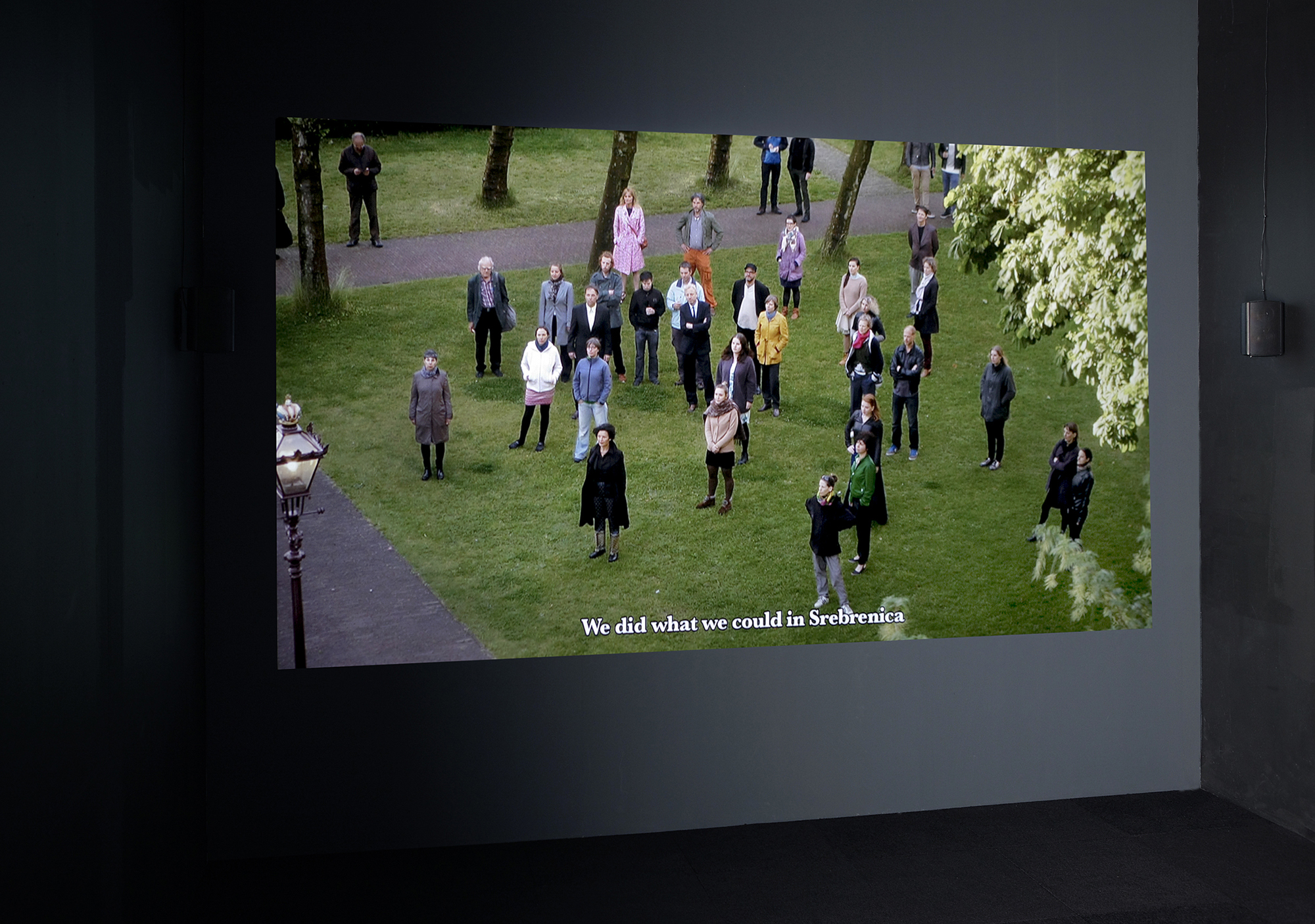 The German version ES IST SO SCHÖN, DASS WIR NICHT MEHR ÜBER POLITIEK SPRECHEN MÜSSEN (2013) was produced in by Filmfestival Münster and performed as a part of the group exhibition ‘One of us cannot be wrong’ at Kunsthalle Münster. For this event, the slogans were adjusted to the then actual German political situation, collected from the streets of Münster in the days leading up to the German general election. The slogans included, amongst others, were: “We've paid our dues”, “Our weapons provide security all over the world” and “All refugees are welcome in Germany”. The Korean version entitled WE DON’T HAVE TO DO ANYTHING UNTIL WE ARE INDEPENDENT (2016) was conceived and performed at the summer school The Village as a part of the SeMA Biennale Mediacity Seoul 2016. The participants of the workshop ‘Adjustments’ created slogans inspired by Korean political issues and performed them together. The slogans included, amongst others, were: “Our schools are to die for”, ”Our government keeps us protected” and “North and South Korea will always be together”. 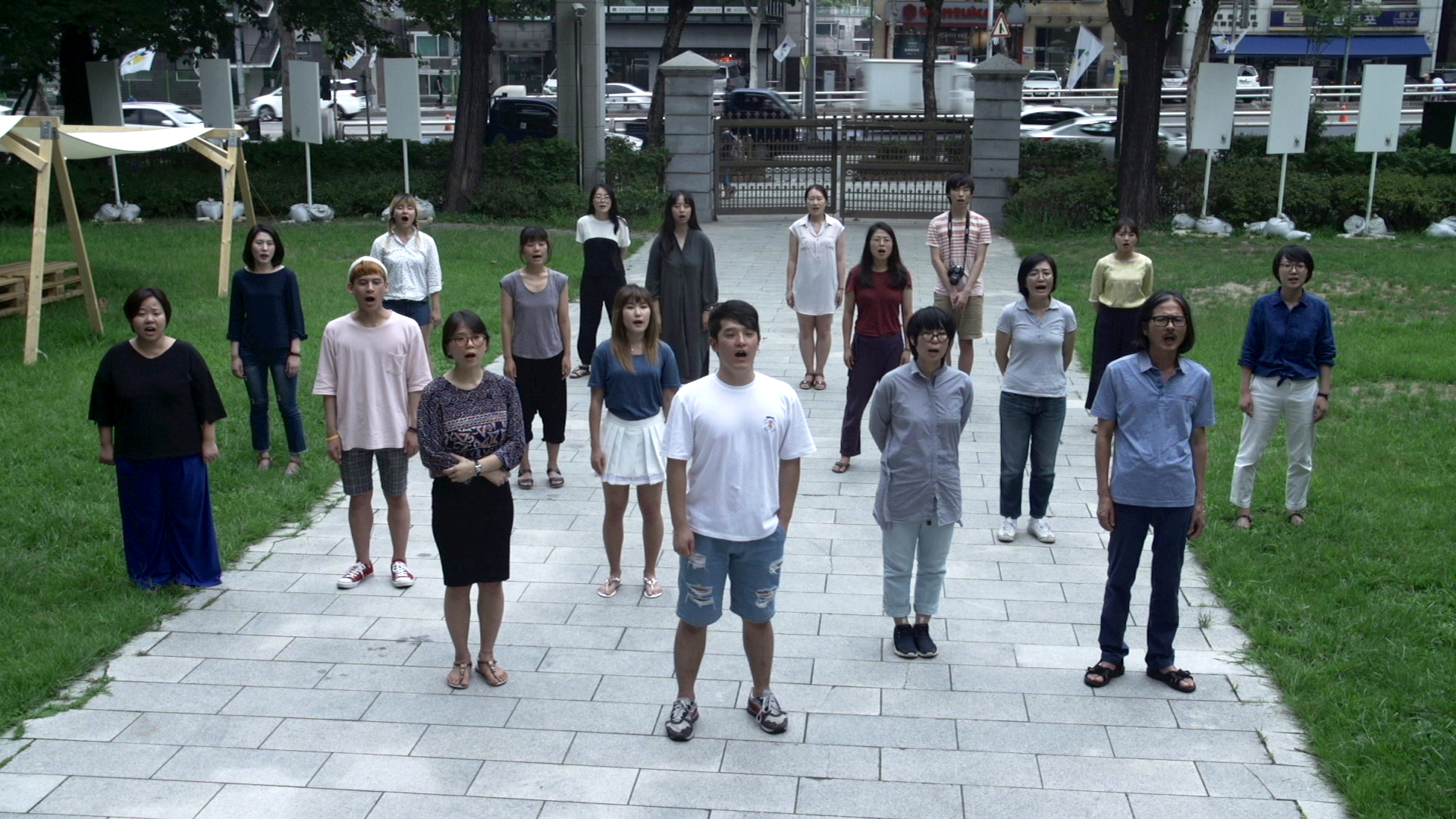 'We don’t have to do anything until we are independent', 2016